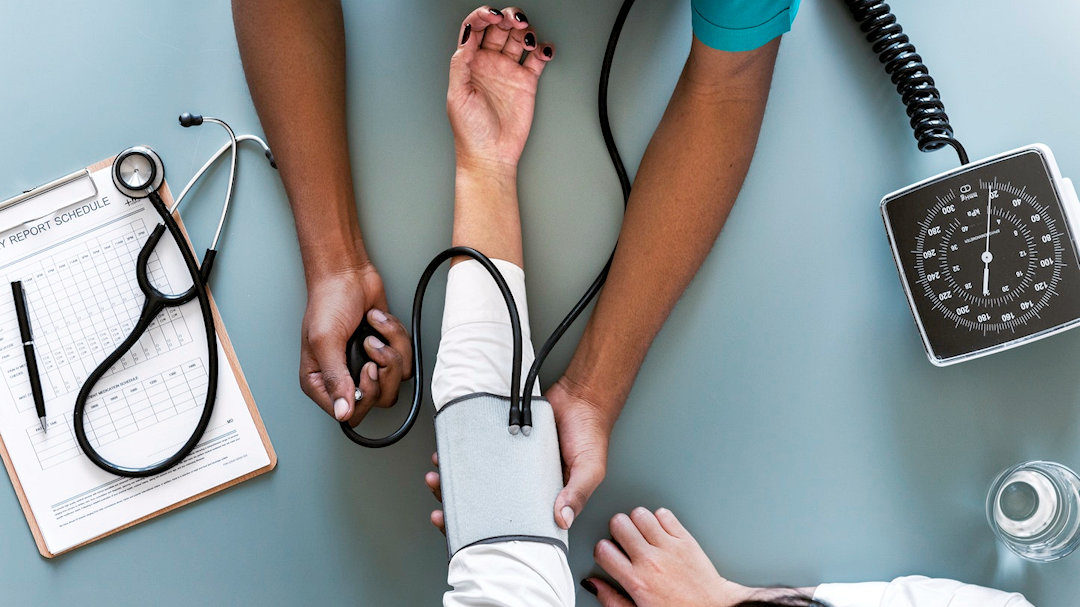 DE-IDENTIFICATION STANDARD:
WHAT CONSTITUTES PROTECTED HEALTH INFORMATION (PHI) AND HOW TO DE-IDENTIFY IT

There are two methods permitted under the Privacy Rule to de-identify PHI:

1) Expert Determination – § 164.514(b)(1) – This method is more challenging and leaves the organization open to the possibility that individually identifiable information is not properly de-identified. 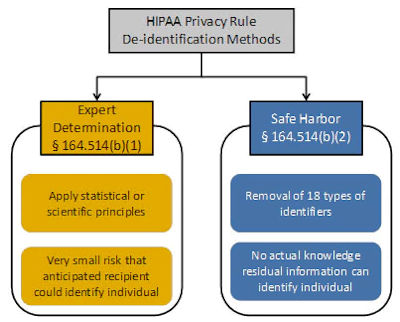 2) Safe Harbor – § 164.514(b)(2) – This method is more commonly used because it eliminates the option of interpreting if certain elements would not identify an individual if not removed. Under the Safe Harbor method, the following are the 18 types of identifiers that would be required to be removed:

(A) Names;
(B) All geographic subdivisions smaller than a State, including street address, city, county, precinct, zip code, and
their equivalent geocodes, except for the initial three digits of a zip code if, according to the current publicly available
data from the Bureau of the Census:
(1) The geographic unit formed by combining all zip codes with the same three initial digits contains more
than 20,000 people; and
(2) The initial three digits of a zip code for all such geographic units containing 20,000 or fewer people is
changed to 000.
(C) All elements of dates (except year) for dates directly related to an individual, including birth date, admission date,
discharge date, date of death; and all ages over 89 and all elements of dates (including year) indicative of such age,
except that such ages and elements may be aggregated into a single category of age 90 or older;

(N) Web Universal Resource Locators (URLs);
(O) Internet Protocol (IP) address numbers;
(P) Biometric identifiers, including finger and voice prints;
(Q) Full face photographic images and any comparable
images; and
(R) Any other unique identifying number, characteristic, or code, except as permitted by paragraph (c) of this section; and
(ii) The covered entity does not have actual knowledge that the information could be used alone or in combination with other information to identify an individual who is a subject of the information